Story of an egg 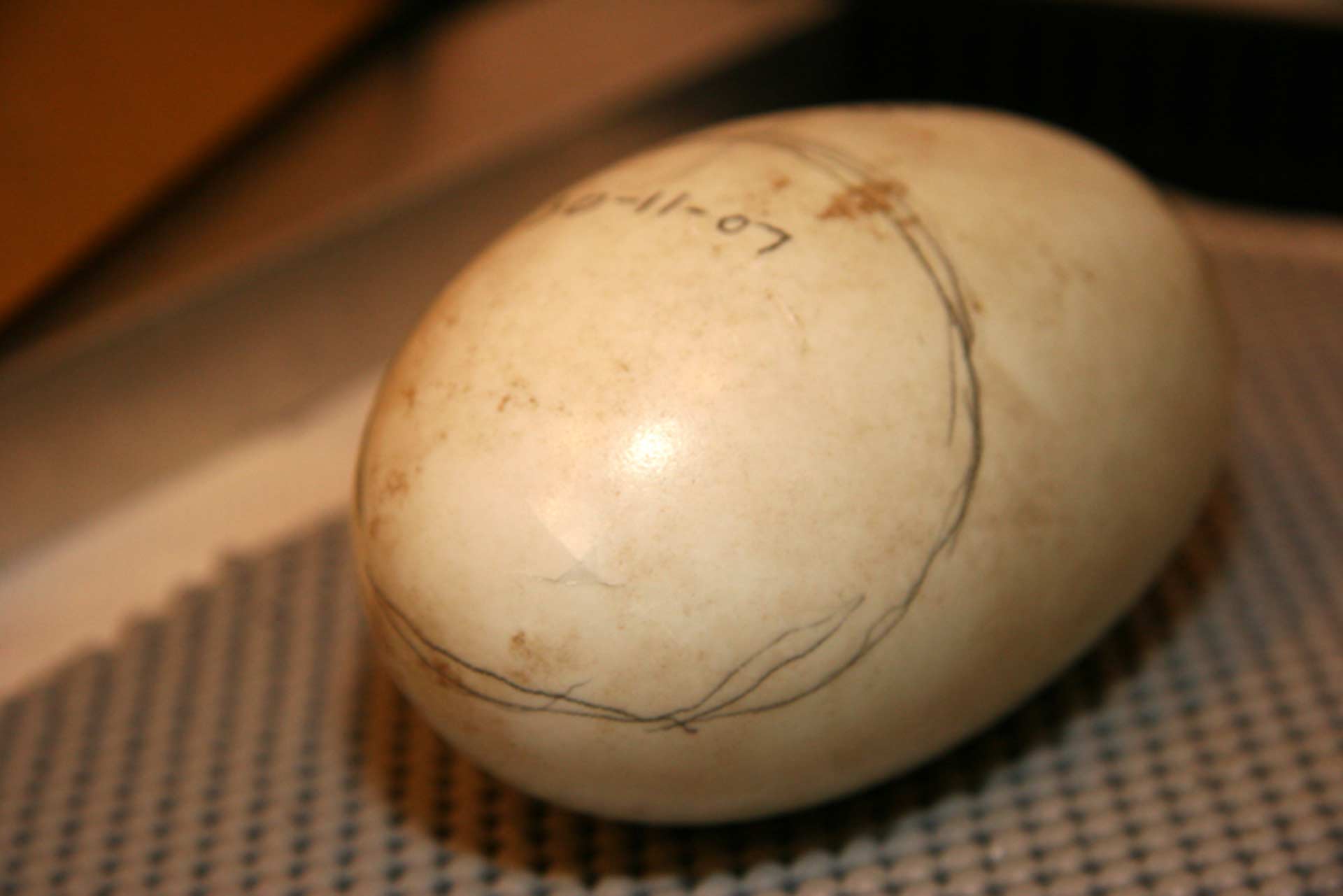 Fertile eggs are recovered from the burrows of wild kiwi approximately 45  to 50 days into the 75 day incubation.  Incubation, hatching and rearing of the young kiwi is completed in captivity.

The kiwi chick inside this egg has pipped the shell. It could take up to  another 24 hrs to hatch.

Of all the kiwi hatched and reared in the wild only 5% make it to adulthood.  Most of the 95% of birds that are killed, die within the first 6 weeks of life.  Many of these birds are killed by predators such as stoats, ferrets, weasels, ferrel cats and roaming dogs.

Unlike many other birds; Kiwi do not imprint on humans. This is one of the “kiwi factors” that helps make Operation Nest Egg so successful.

This kiwi chick has just hatched. Kiwi hatch fully feathered, once they dry out their feathers fluff up to keep them warm.

All wet just out of the shell.

Dried out and fluffy.

Once kiwi chicks have reached approx 400 to 500gm in weight, they are micro-chipped and transferred to a predator-free sanctuary island.

A micro chip is inserted just under the skin.

The bird is then transferred to a travel box for the trip to the island.

At the island, the kiwi chick is released into a suitable area where the grass has been pushed down to make a nice hollow for the bird to rest until night time.

The kiwi stay on the island until they reach a weight of 1.2kgs (approx) which is a size that gives them a reasonable chance against predators.  The kiwi are then taken from the island and put back into areas where predator control is in place.

Sometimes eggs are brought in from the wild because the burrow has been found in an area of pine forest that is about to be logged.

DOC rangers wait until the kiwi has moved off the nest to feed at night.  The egg(s) are then collected and kept warm until they can be transported to an incubation unit.  The rangers then wait for the bird to come back to the nest.  The bird is captured and relocated to an area away from the logging.

In the north of New Zealand kiwi eggs are incubated at Auckland Zoo and the Whangarei Native Bird Recovery Centre.

In the picture below, the Kiwi chick eats its first worm.