Order of Merit for dedication to saving birds 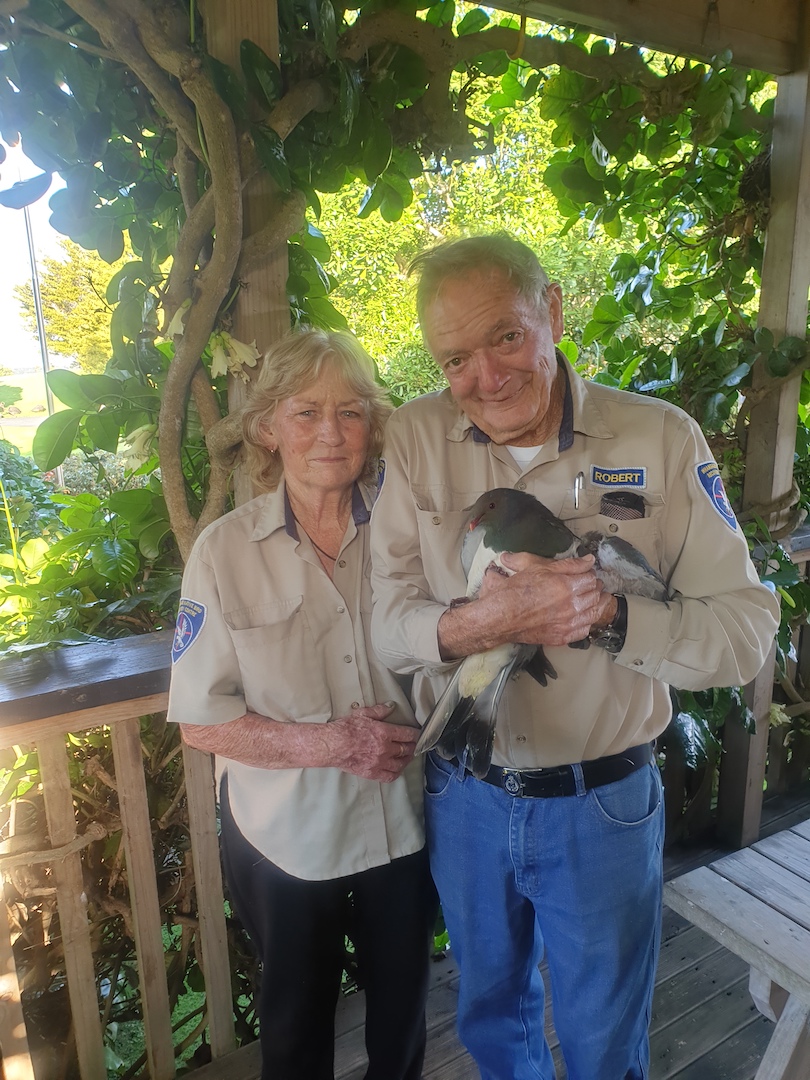 Whangarei Native Bird Recovery Centre manager Robert Webb (QSM) says he couldn’t believe it and is “proud all round” to be named a Member of the New Zealand Order of Merit in this year’s Queen’s Birthday Honours list.

Webb has received the honour for his conservation and wildlife work at the Bird Centre, which he started 27 years ago. Over that period he has cared for tens of thousands of injured birds, including iconic species such as kiwi, keruru and albatross, the majority of which have been released back into the wild

“It was a huge shock really, but I’m over the moon – it means people respect what we’ve done with at Centre. It’s also a big plus for the Centre as it raises our profile and hopefully draws more support.”

Webb and his wife Robyn Webb spend most days at the Centre caring for injured birds, both native and non-native, and are supported by a group of volunteers.

“I’ve never been paid for what I do – it’s completely voluntary,” says Webb. “Every year I ask for my pay to be doubled and our Board agrees – double nothing is still nothing.

“But seriously, I couldn’t run the Centre without Robyn – it’s a shame she can’t be included in the Award too. Why do women always seem to miss out?”

A former truck driver and welder, Webb has a lifelong fascination with birds. He initially started picking up injured hawks off the side of the road when driving trucks between Whangarei and Auckland.

Before long he was caring for 30 birds at home and word soon spread that he was the man to go to if you found an injured bird.

With his fame growing, Webb found space in a disused building in the Whangarei Museum grounds where he could care for injured birds. Around the same time he suffered his own serious injury while working as a welder. A fall left him with severely crushed vertebrae and at times “bent over like a staple.”

“I went onto ACC and was at a bit of a loss before deciding to follow my passion and start up the current Bird Centre where I could give something back to the community,” recalls Webb.

That was 25 years ago. The Centre quickly grew and now includes a surgical unit, incubation room for hatching kiwi eggs, recovery pens, education centre and a hospital. There are also aviaries for birds too badly injured to be released into the wild.

It’s not just Webb who has become famous, but some of his patients too.

He had a Harrier hawk called Blue that he used to carry around on his arm without a glove to protect his arm. Then there was Rowdy the Kaka who suffered a badly damaged beak after being shot.

Another well-known bird was Morris the Minah, who would go missing and turn up at the Poroti pub 15km away where the publican would joke that he didn’t serve minors.

In recent years the Centre has gained international stardom with a talking tui called Woof Woof and the much-loved one-legged kiwi Snoopy who Webb would take around schools to help spread the conservation message.

Snoopy’s work continues today with another one-legged kiwi called Sparky who Webb takes to corporates as well as schools in an effort to educate adults and raise funds for the Centre.

Webb also hatches kiwi eggs which are brought in by the Department of Conservation. The chicks are grown to a healthy weight before being released.

“I’ve always believed humans have a magnetic field or aura about them that animals can see. When a hawk comes in, I can handle it without gloves. I’m lucky to have that built into me.”

As for the future, Webb (73) says there is no time to retire just now. With the Centre receiving more than 1300 birds a year, life is simply too busy and the birds too important.

“Both Robyn and I are dedicated to doing this. Who’s going to help the birds if we don’t?

“We get too much enjoyment from the birds to retire. Putting birds back into the wild is something special. Seeing a bird come into the Centre, making it safe and then seeing it fly away again – you feel you achieved something in life…and that’s the biggest reward.”

The award-winning Whangarei Native Bird Recovery Centre has cared for and treated thousands of birds since 1992, when it was first established (25 years on its current site).

Centre founders Robert and Robyn Webb, who have over 30 years’ experience working with native birds, manage and run the centre with the help of a small committee of volunteers.

The centre takes in all injured birds, both native and non-native, and where possible nurses the birds back to health for release into the wild. More than 60% of the birds that are brought into the centre are successfully released again.

A special part of the centre is the Bayer incubation unit and kiwi recovery pens. This facility is used to incubate eggs found in the wild and also as a recovery area for injured kiwi.