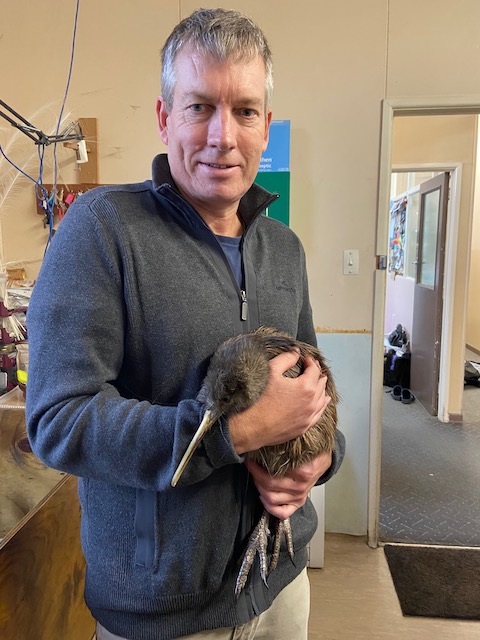 After nine months of extensive care and rehab, a young female North Island brown kiwi is getting closer to being released back into the wild.

The one and a half years old kiwi was brought into the Whangarei Native Bird Centre just before Christmas after being hit by a car in Russell.

Bird Centre manager Robert Webb says the kiwi had a twisted neck and for a long while could not walk.

“She had a really bad balance problem and fell over all the time. We had scans done, but couldn’t find anything – we’re putting her problem down to muscle damage.”

After months of rehabilitation and a hearty diet of oxheart, peas, corn, banana, sultanas and worms, the kiwi has put on weight and is starting to walk properly.

“She now walks quite well, but still falls over every now and then,” says Robert. “Some may wonder why we have kept the kiwi for so long – she’s still not ready for release back into the wild, but has a nice clean coat and is putting on weight, which is a good sign. We have learned a lot with this kiwi and look forward to her release date.”

All going well, the kiwi will be ready for release in another month or so.