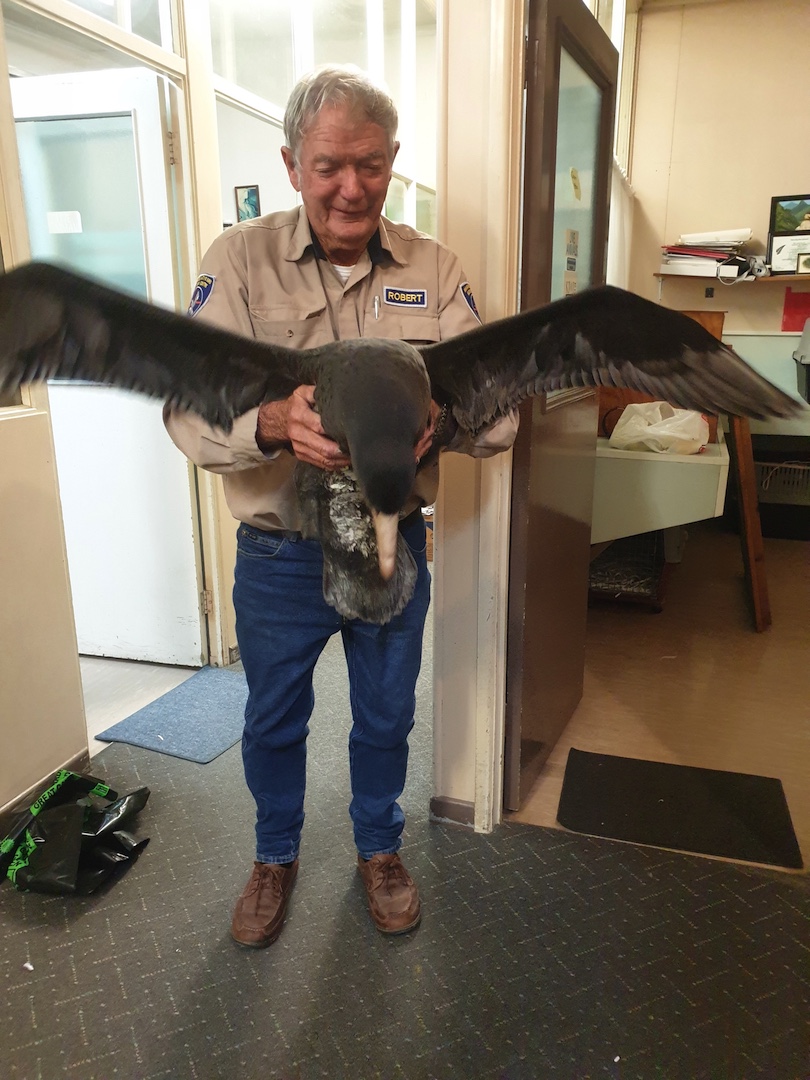 A $7000 funding shortfall for a new rescue boat means the Whangarei Native Bird Recovery Centre is unable to mount sea rescue operations for injured birds, including the iconic albatross.

Bird Centre manager Robert Webb says the Centre had been without a boat now for three months, which was a cause of concern.

“This time of year we start getting the big seabirds coming in after they get injured out at sea – it’s definitely not the time to be boatless.

“Every day that we don’t have a rescue boat is potentially another day that we’re unable to help injured seabirds, especially the larger species such as albatross, giant petrel and mollymawk.

“Our previous boat served us well for 12 years but started leaking. Unfortunately, the cost of repairs was prohibitive for us, so we had no choice but to buy a new rescue boat.”

Webb says while the Centre is able to meet a large proportion of the new boat costs – about $40,000 for a new 5.1 metre McLay boat, it is still short $7000 and has exhausted all funding avenues available through grants.

“Many of the grants we apply for don’t provide support for items such as rescue boats, so we’re really relying on the public to help us make up the shortfall,” says Webb.

“I can’t stress enough how important a rescue boat is for the Bird Centre. A common occurrence is rescuing shags with fishing gear wrapped around them as well as red-beaked gulls who often get themselves in trouble around the Marsden Point oil refinery.

“We’re also part of the area’s oil spill planning team and need to be able to respond quickly in the event of an oil spill.”

As well as rescuing seabirds, the Centre uses a rescue boat for releasing birds further out to sea, particularly near the Hen and Chicken or Poor Knights islands.

“That’s where we release larger birds such as albatross, who like the deeper water and a ready supply of food,” says Webb.

To make a donation to the Bird Centre’s rescue boat fund via internet banking, visit its website: https://nbr.org.nz/sponsors/donations/

The award-winning Whangarei Native Bird Recovery Centre has cared for and treated thousands of birds since 1992, when it was first established.

Centre founders Robert and Robyn Webb, who have over 30 years’ experience working with native birds, manage and run the centre with the help of a small committee of volunteers.

The centre takes in all injured birds, both native and non-native, and where possible nurses the birds back to health for release into the wild. More than 60% of the birds that are brought into the centre are successfully released again.

A special part of the centre is the Bayer incubation unit and kiwi recovery pens. This facility is used to incubate eggs found in the wild and also as a recovery area for injured kiwi.