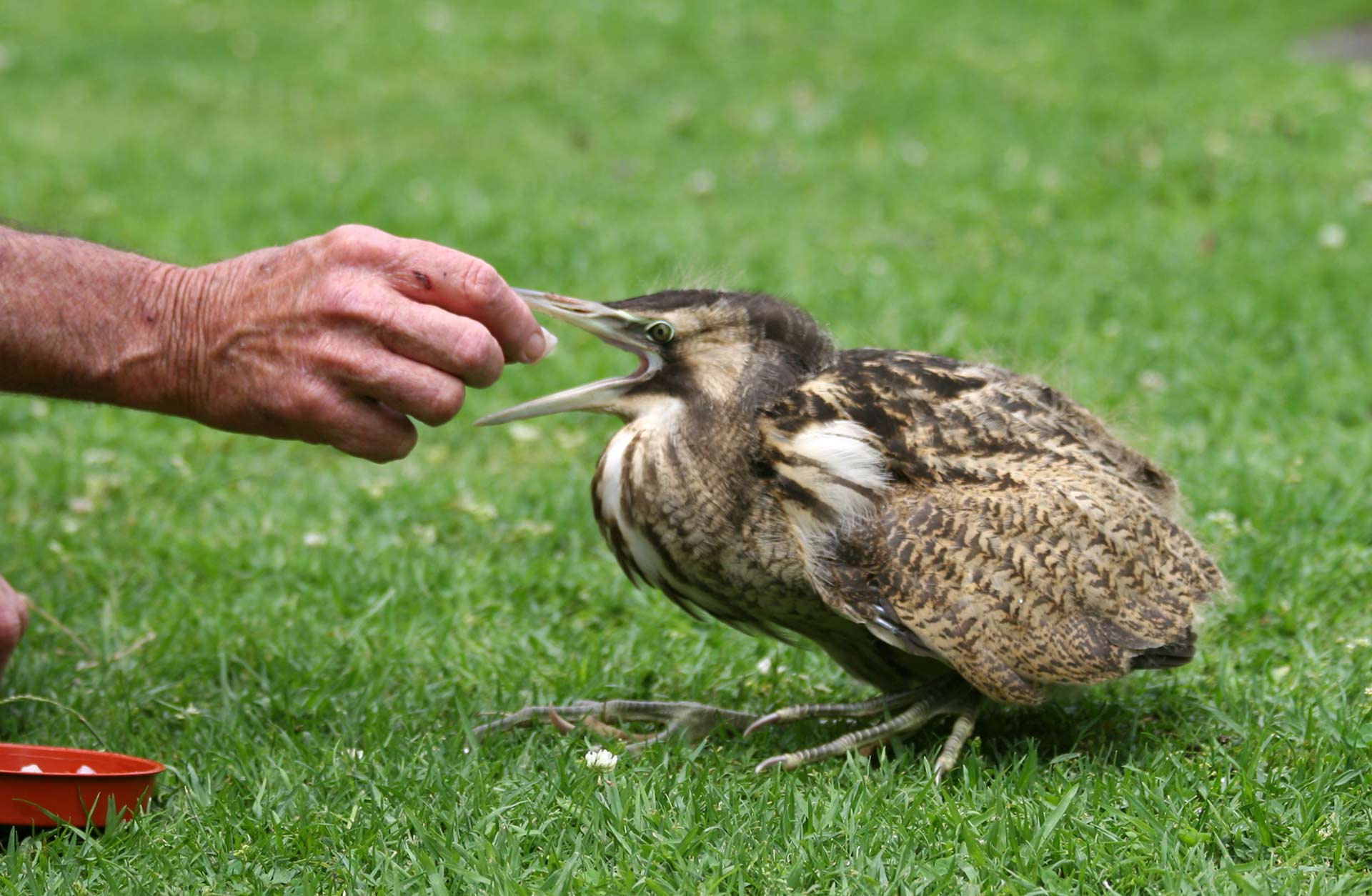 “The neighbour phoned me to come over and have a look at this strange looking brown and white bird.  She said it was trying desperately to get into her chook house!”

Mr & Mrs Gregory rushed next door and immediately recognised the bird as a young Bittern. Bitterns fledge at 7 weeks (approx.), somehow the “teenaged” bird must have got lost and decided that any type of bird was a good bird to hang around with – even the chooks.

The Gregorys realised that the bird needed a safe place to go to, as there were dogs and cats around. The Bittern was sure to be caught by one of them if left to its own devices.  They picked up the young bird and kept him safe over night and delivered him to the Native Bird Recovery Centre the next morning. There did not seem to be any injuries he just seemed a bit disoriented and he was very hungry.

At first, “Bitty” (his nick name) was very friendly, a quite un-bittern like characteristic.  These birds are usually solitary and secretive; they live in wetland areas especially beds of raupo and reeds in freshwater. They young bird was very hungry and we gave him a diet of ox heart, mince, corn kernels’ and peas. Of course being a young bird he ate all the meat and left the greens.

Bitty continued to eat well and changed to have more adult bittern characteristics each day. When ever we moved toward the brooder box he was housed in, Bitty would slowly drop to a crouch also retracting his head down close to his body. When the cover was removed to put his food in or move him so his bed could be cleaned he would then spring or lunge up at us. He would stand to full height and shoot his neck toward us with his sharp beak gaping wide and his feathers all puffed out. Quite a scary thing if you are not expecting it and I’m sure that sharp beak could inflict a nasty wound.

Once Bitty started to exhibit this behaviour regularly and his weight had increased satisfactorily it was time for him to be released. Bitty was released on the18 Jan 2008 at a protected wetland area. He was with us for 9 days, it was a pleasure to see him go home back into the wild.