Battered and bruised Rascal on the mend 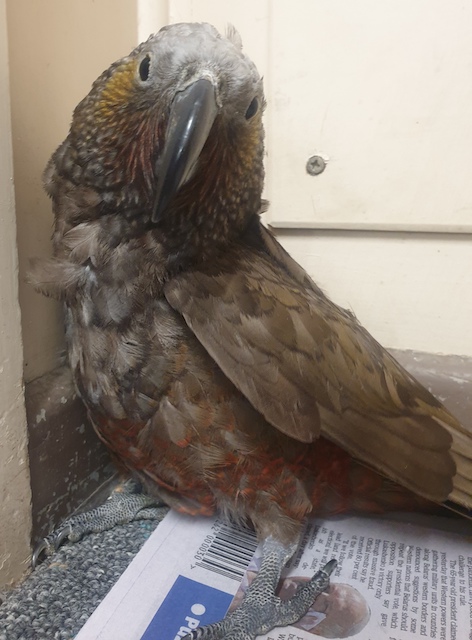 A cheeky kaka named Rascal is still battered and bruised but getting a little better each week thanks to the team at the Whangarei Native Bird Recovery Centre.

They’ve had the juvenile bird, thought to be about two-years-old, for about five weeks after it was found in the middle of a road near Wellsford.

“He’s starting to use his leg again, but we need to make sure the bruising is totally gone before we release him back in to the wild.

“The bird’s legs play an important role, especially when hanging upside in trees to get at food, so he needs to be fully operational.”

Webb says kaka have been driven out of the mainland by predators and now mainly survive on offshore islands.

“They’re slowly starting to come back and we often see a few this time of year. Department pest eradication programmes have also helped, particularly out at Whangarei Heads where rats and mice used to be a real problem.”

Webb believes Rascal probably originated from the Hen and Chicks islands, which is where he’ll be released when he’s fully recovered.

In the meantime, he’s enjoying the Bird Centre’s hospitality and feasting on a healthy diet of various nuts, dried apricots, plums, apples, bananas and his particular favourite – pine nuts.