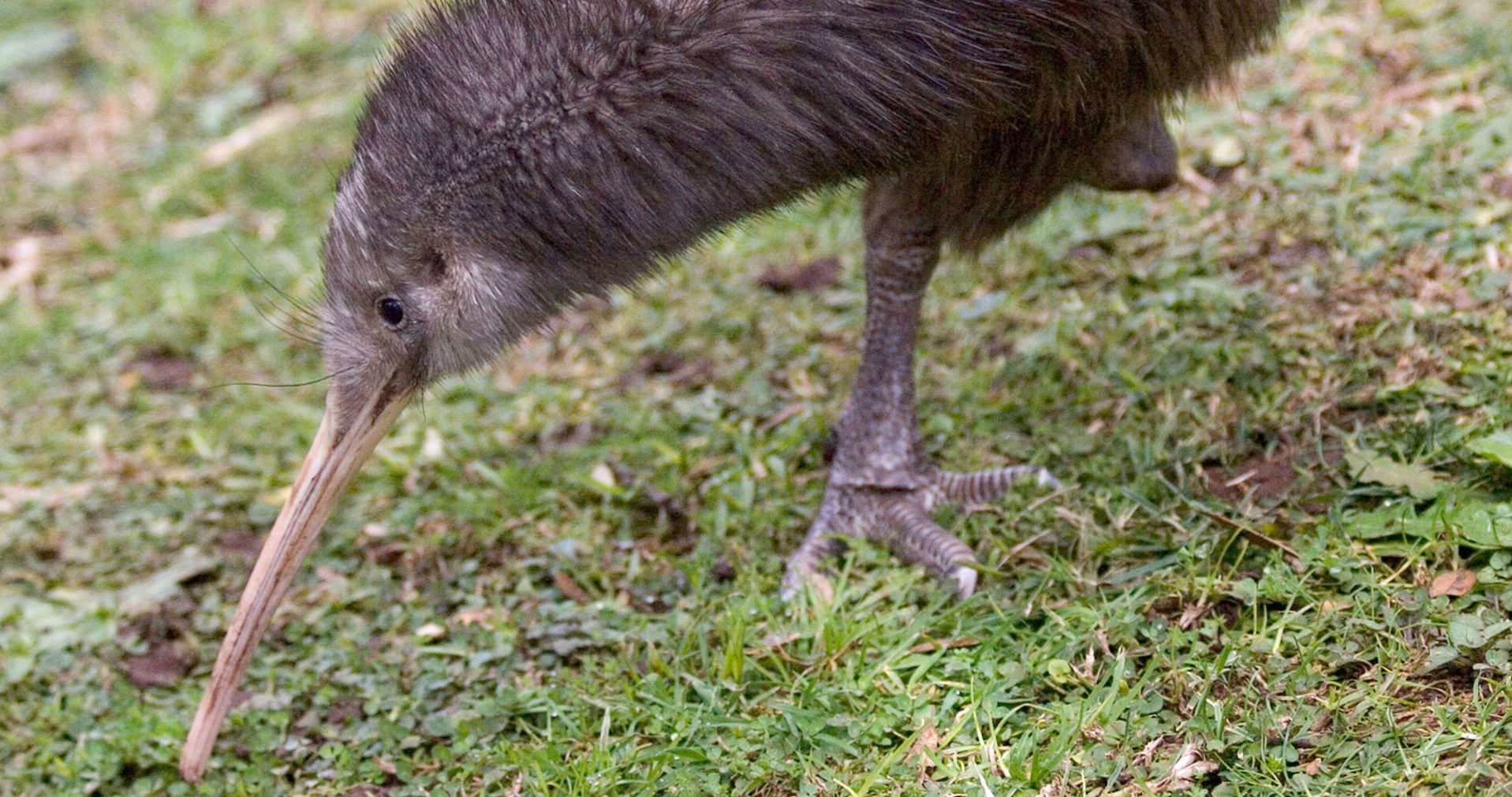 One question I get asked is how old Sparky is, my Kiwi, Sparky is now just over 15 years old, I received Sparky when he was around 2 months old.

He has his own pen outside which has matured Native Trees in it, the leaves fall on the ground which makes it just like in the forest.

We don’t have to spray water to keep the ground moist its all taken care of by nature.

Each night he gets a bowel of food that is made up fresh each day, the Ox Hart meat is brought fresh every second day, this is why any food left over the next day is still really fresh, the ox hart looks just like new, the rule book says it must be frozen but if you do that by the next day the ox hart goes a very dark colour.

When the meat is processed at the meat works it gets chilled before being sent out to the shops, the chilling gets rid of any bad bacteria so its ready to use when we buy it.

My first Kiwi called Snoopy lived for just over 16year, like Sparky he never had a sick day in all those years, the reason Sparky died young was a powder that you mix with their food, most kiwi in captivity are not getting all the vitamins that they would get in the wild so the powder makes up for this loss.

At the end Massey university found that the pre-mix was what caused Sparky’s death, the powder was modified and now this trouble has gone away.

Before any away trip with Sparky I take his weight, after I return to the Centre his weight is recorded again, for the past 10 years his weight over the summer months is around 1500 grams, over winter this goes up to just over 1600 grams.

This is a good weight for a male kiwi, after working with Kiwi for over 30 years you can tell if there is any stress on the Kiwi and you know what to look for.

One thing I very rarely do is let people hold Sparky, and I never hold a Kiwi with their back to the ground, this something I hate seeing done, it’s not a normal position for any Kiwi and unless you are very skilled at this it can lead to hip damage if the Kiwi panics.

Hope this answers some of the common questions asked about Sparky.